The year’s lineup of new scatterguns by Brad Fitzpatrick

Grouse of a Feather

September on the Prairie

A primer on the client-guide relationship. By Reid Bryant

The importance of pre-season prep. By Ralph P. Stuart

Plan like a pro: tips and tricks for the traveling wingshooter. By Chris Batha

Field-care advice from a vet who travels with bird dogs. By George Hickox

Answers to readers’ questions on shotshell ballistics. By Tom Roster

A French connection: the Orvis Chapuis Classic. By Bruce Buck

Highlighting the best new gear of the year. By David Draper

The satisfaction of shooting well. By Tom Huggler

There are no reviews yet.

Be the first to review “Shooting Sportsman, July/August 2016” Cancel reply 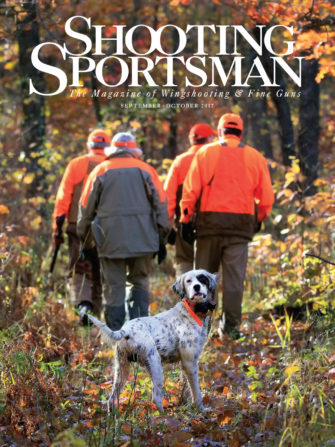